What is so Special about Sedona? What Makes Sedona so Special?

Every year, millions of tourists from all over the world flock to Sedona, AZ to see scenes published in magazines the globe over.  They marvel at the fantastical red rocks, find zen in the spiritual vortex’s, and bask in the warm glow of one of the southwest’s premier geological wonders.  But how did it get this way?  The Goat knows. 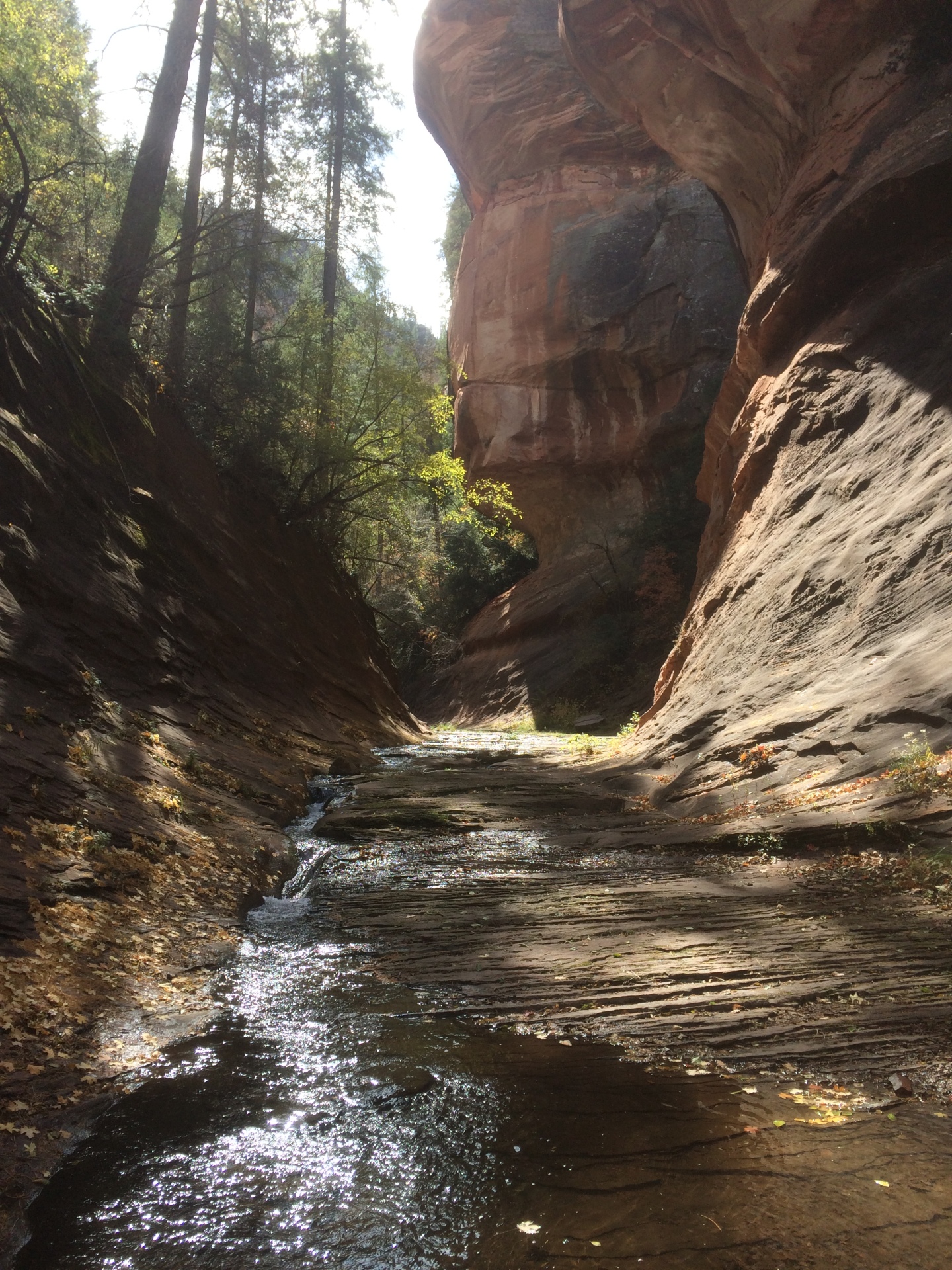 Our story begins nearly 320 million years ago in the Mississippian epoch of the Paleozoic era.  Near the southwestern edge of the supercontinent known as Pangea, there is a white sand beach on a coastline with fertile rivers, tropical sunshine, and dense vegetation.  Large, predatory fish scour out in the sea, while small reptiles and amphibians cruise the lush coast in search of food and shade.

The air is moist and warm here near the equator, and life is simple.  Over the next 10 million years, the sea slowly regresses and the rivers flow out, carrying sediment eroded from the Ancestral Rocky Mountains across floodplains in a large, lazy meander.  From Sedona to the Grand Canyon, the uppermost members of the Supai Group, known today as the Esplanade Sandstone, the Hermit Shale, and the Schebly Hill Formation are deposited in this proximal-marine, balmy, beachy, environment.  This oxidized sediment gives the foundation for the blazing reds, oranges, and greens of modern-day Sedona as they are buried and turned to stone. 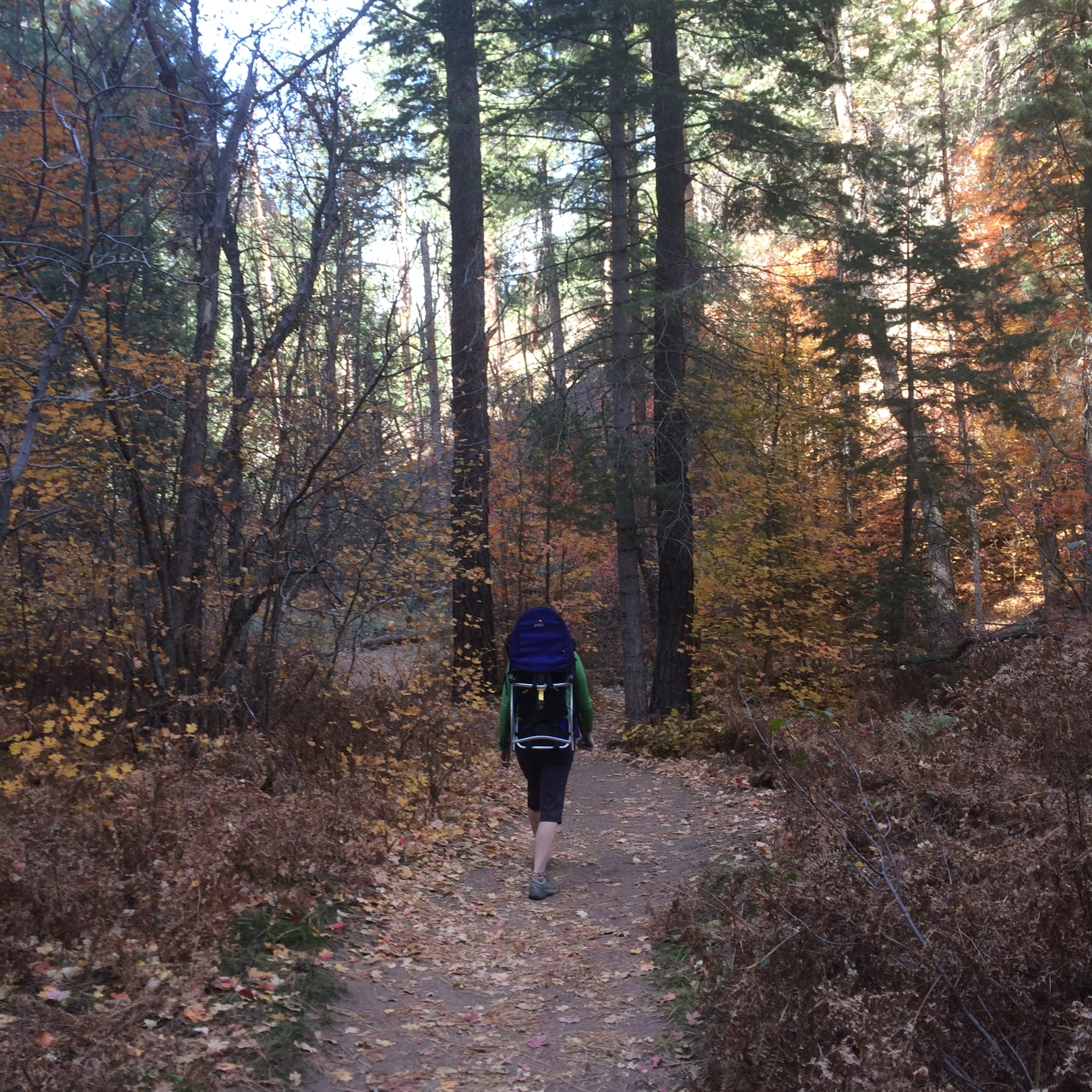 One of our clients strolling through blazing Sedona fall colors

As the seas recede and the rivers dry out with a drying climate, a massive sea of sand dunes migrates over the continent in a parched, desolate, desert landscape.  Small reptiles scuttle across the dunes, drinking the water trapped under them in monsoonal rain events.  This arid, windy dune sea, reminiscent of the modern-day Sahara, covers an area from south of Sedona to modern-day Montana, covering nearly 1/3 of the North American continent roughly 290 million years ago in the upper Permian epoch.  These blonde dunes lay the foundation for the towering cliffs seen north of Sedona in Oak Creek Canyon, known today as the Coconino Sandstone. 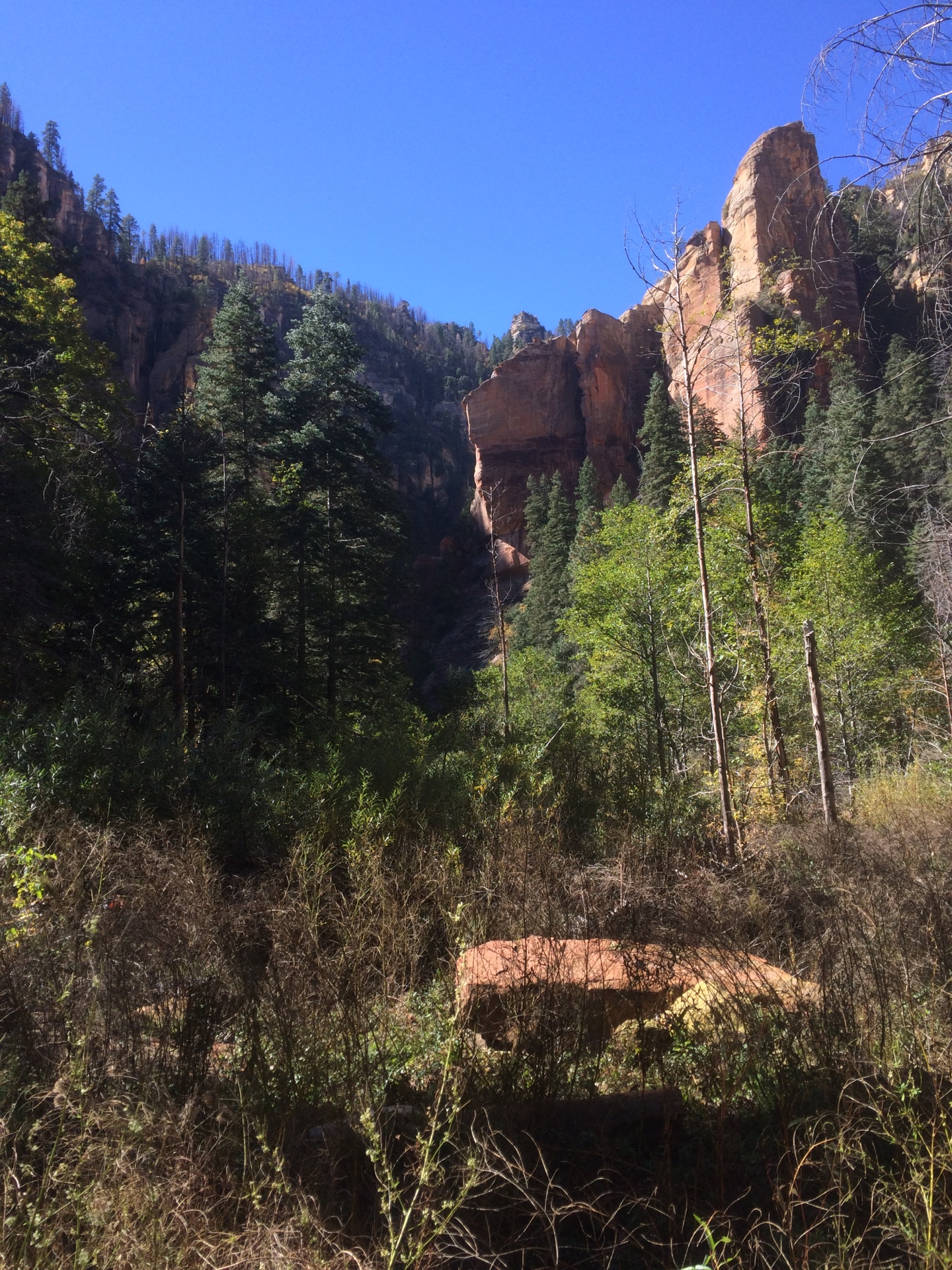 Towering spires and cliffs in the Coconino Sandstone

Near the end of the Permian, nearly 273 million years ago, a warm shallow sea overtakes the sand dunes.  This sea is teeming with life in an extensive coral reef system that is home to brachiopods, ammonites, bryozoans, sponges, and other non-vertebrate marine life, as well as small vertebrate fish.  As these animals die, their carbonate shells mix with sediment to form a calcium-carbonate rock, known as limestone.

This limestone will be known as the Kaibab Limestone, and it forms the rims of both Oak Creek Canyon and the Grand Canyon further to the north in Arizona.  This hard, erosion-resistant limestone protects the softer, more fragile formations under it, which will be very important over the next 270 million years. 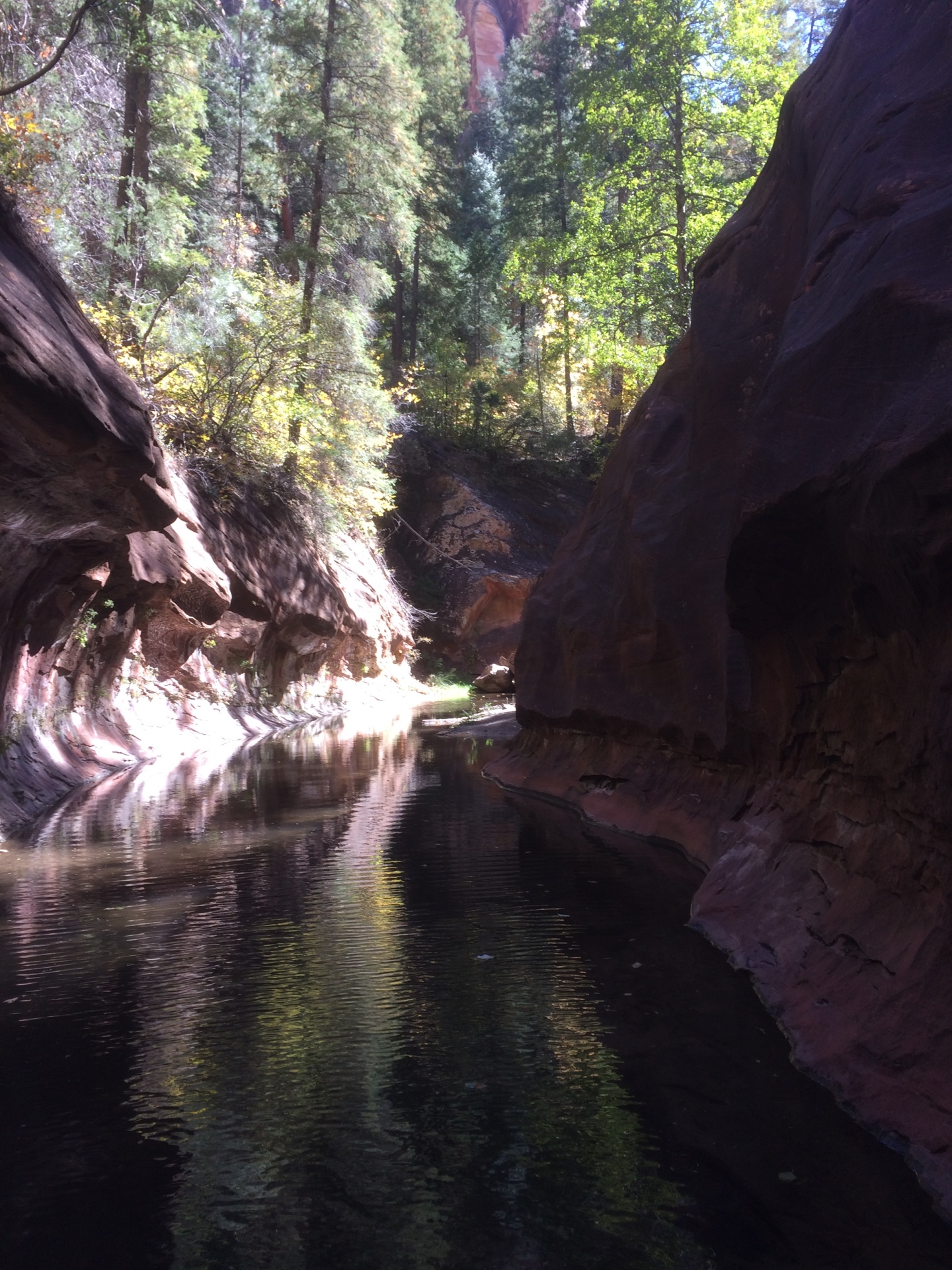 The Kaibab Limestone is the final sedimentary layer deposited in the Sedona region near the southwestern edge of Pangea, but it is far from the final geologic process that formed this wondrous place.  The end of the Permian transforms life on Earth, as a mass extinction inflicts a 95% mortality rate of all species on Earth.

In the early Triassic of the Mesozoic, the age of the large reptiles, massive jungle swamps covered the land, forming the Chinle group and the Painted Desert.  Still more cycles of rivers and floodplains ensued through the Jurassic into the Cretaceous as volcanoes formed and erupted, and Pangea broke apart, giving rise to the current continental map. 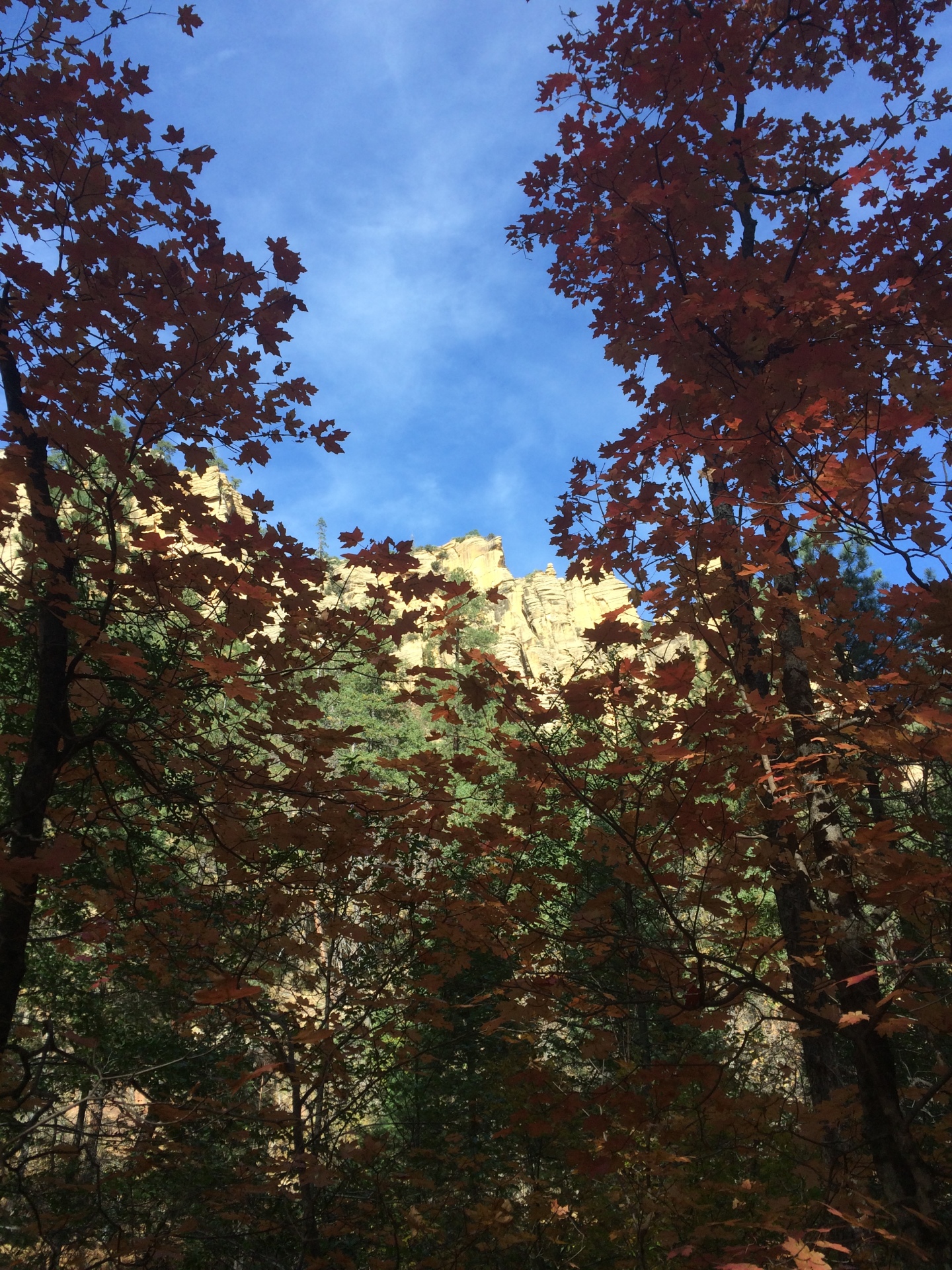 The Rocky Mountains were built in the north by the Laramide Orogeny, a process responsible for not only the mountains themselves, but some of the wonderful faults and structures such as anticlines and synclines that can be found in Sedona and around the region.  During this process, something very important happened, as the plate sliding under the North American plate, known as the Farallon plate, suddenly snapped off about 25 million years ago, a portion of it remaining just below the crust in the mantle.

How was the Colorado Plateau formed?

This caused an entire region to be uplifted as the bouyant piece of plate quite literally “floated” in the mantle.  This region, known now as the Colorado Plateau, was bounded by volcanic mountains as magma near the margins of the Farallon plate began to issue through weaknesses in the crust caused by the floating plate. 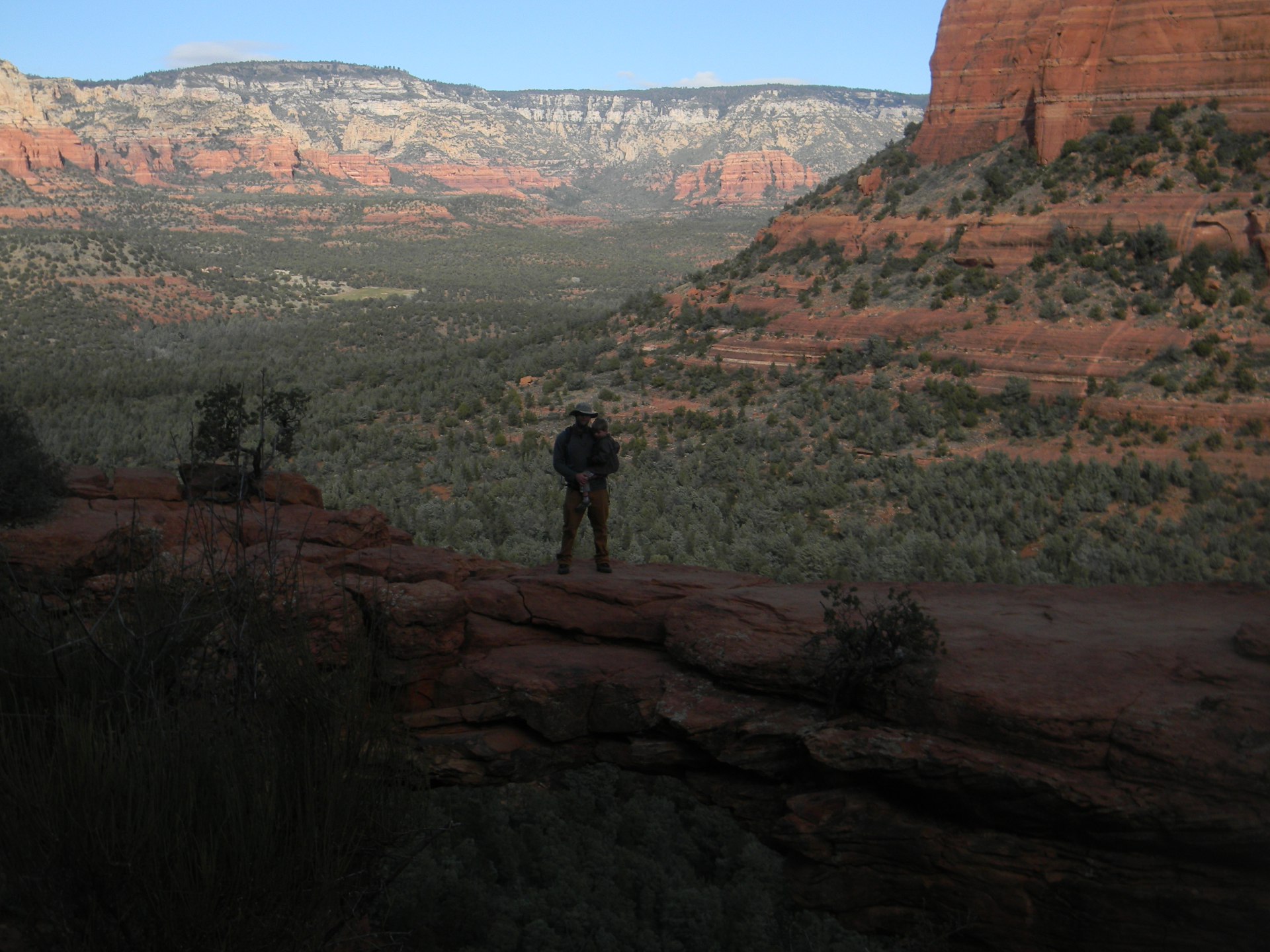 Sedona itself lay at the very southwestern edge of this action, very near to several volcanoes and an ancient mountain range known as the Mogollon Highlands to its south.  It was then that the North American plate began to “slide” back out over the Farallon and Pacific plates.  This action formed the Basin and Range that encompasses Phoenix, Tucson, Las Vegas, and Death Valley today as areas of massive faulting, volcanism, and large, sediment-collecting basins.

Sedona was quite literally caught in the middle of this action.  As the Mogollon Highlands “slid” to the south and the rivers that once flowed north from them ceased, new rivers began to cut south into the receding lowlands as the crust rifted.  Faults, such as the Oak Creek and Verde faults, became active, cutting canyons (Oak Creek, Walnut Canyon, Sycamore Canyon) to the north and accommodating more river flow into the newly-formed valleys and basins left open by the receding Highlands.

Volcanoes continued to erupt to the north and south, issuing lava flows and ash that now dot the landscape.  The basalt that caps Oak Creek Canyon is just under 8 million years old, and preserved the soft sediments beneath it as the newly created Oak Creek and its mother fault cut the canyon. 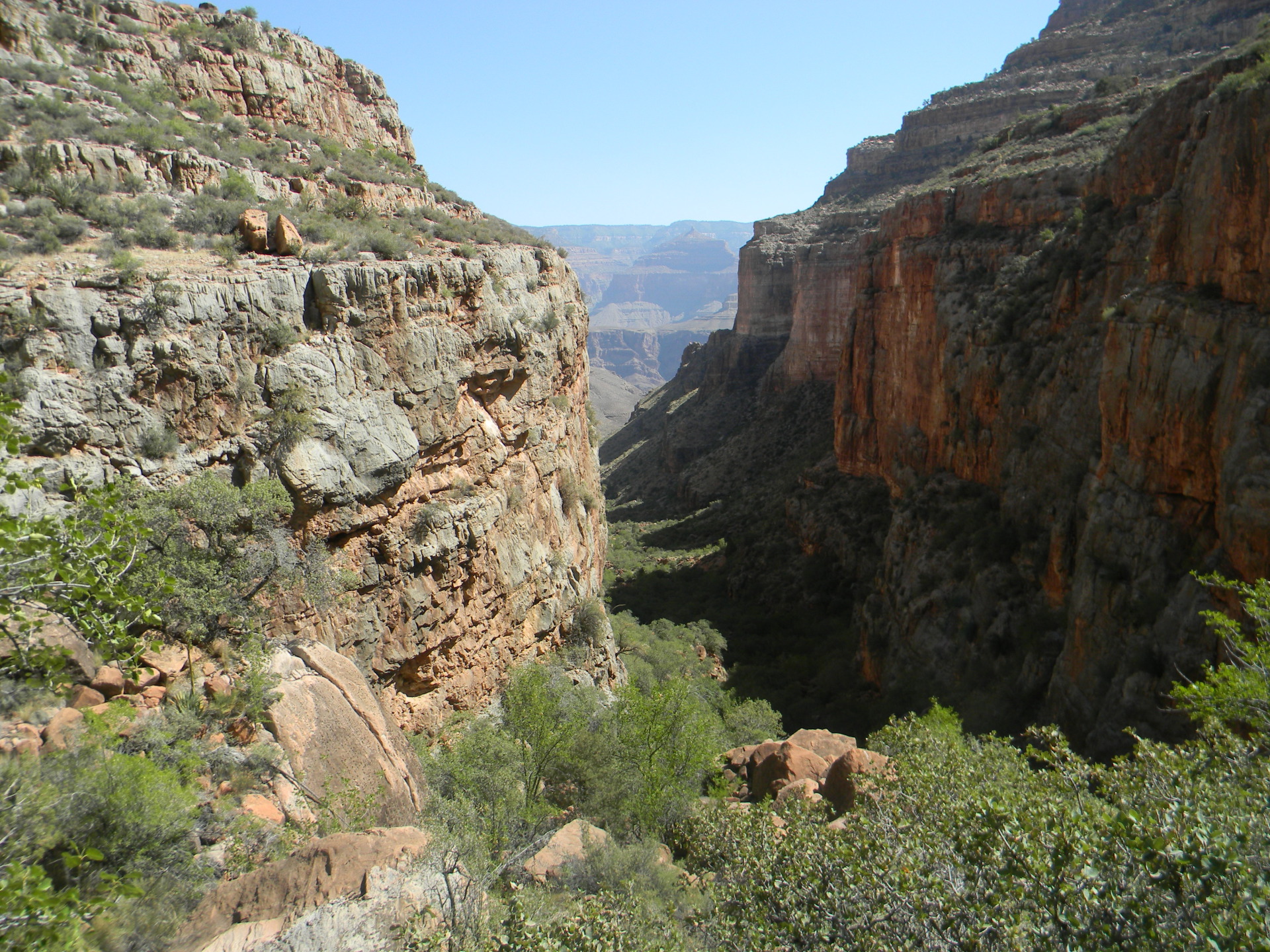 A hidden canyon near Sedona

These rivers chiseled out courses in the buttery sediment, leaving behind the fantasy-lands we see today.  Many of these rivers still course their way down the valleys today, their work never done.  Iconic and wondrous formations such as Cathedral Rock, The Coffee Pot, Wilson Moutain, and Vultee Arch are all remnants of these combined processes of sediment deposition, burial, mountain-building, volcanic eruptions, and water-based erosion.  Come with us as we explore them all!

Hiking and exploring Sedona is a special experience.  Although it is possible to see these places yourself, hiring a guide is a great idea.  For instance, guiding services provide logistical support, and plan everything for your best possible trip.  They provide a great safety net on the trail, and are trained in backcountry medicine. Above all, they provide a depth of knowledge of the region that turns a walk into a true adventure.