Celebrated as perhaps the premier wilderness area within an hour of a metropolitan area, the Superstition Mountains boast flawless beauty, fabulous geology, and epic hiking and adventure opportunity.  However, their most supreme treasures lie in legend, alluring, mysterious, and intriguing legend that beg of exploration both physical and mental.

Here in these mountains lies potentially the most wealthy, vast, and extraordinary mining discovery in Arizona (and perhaps the entire Old West), which of course was legendary in and of itself for the mining discoveries that led to the rapid Western Expansion of the mid-to-late 1800’s.  This legend entwines geology and mystery, and just may be the West’s final and greatest secret: The Lost Dutchman Gold Mine. 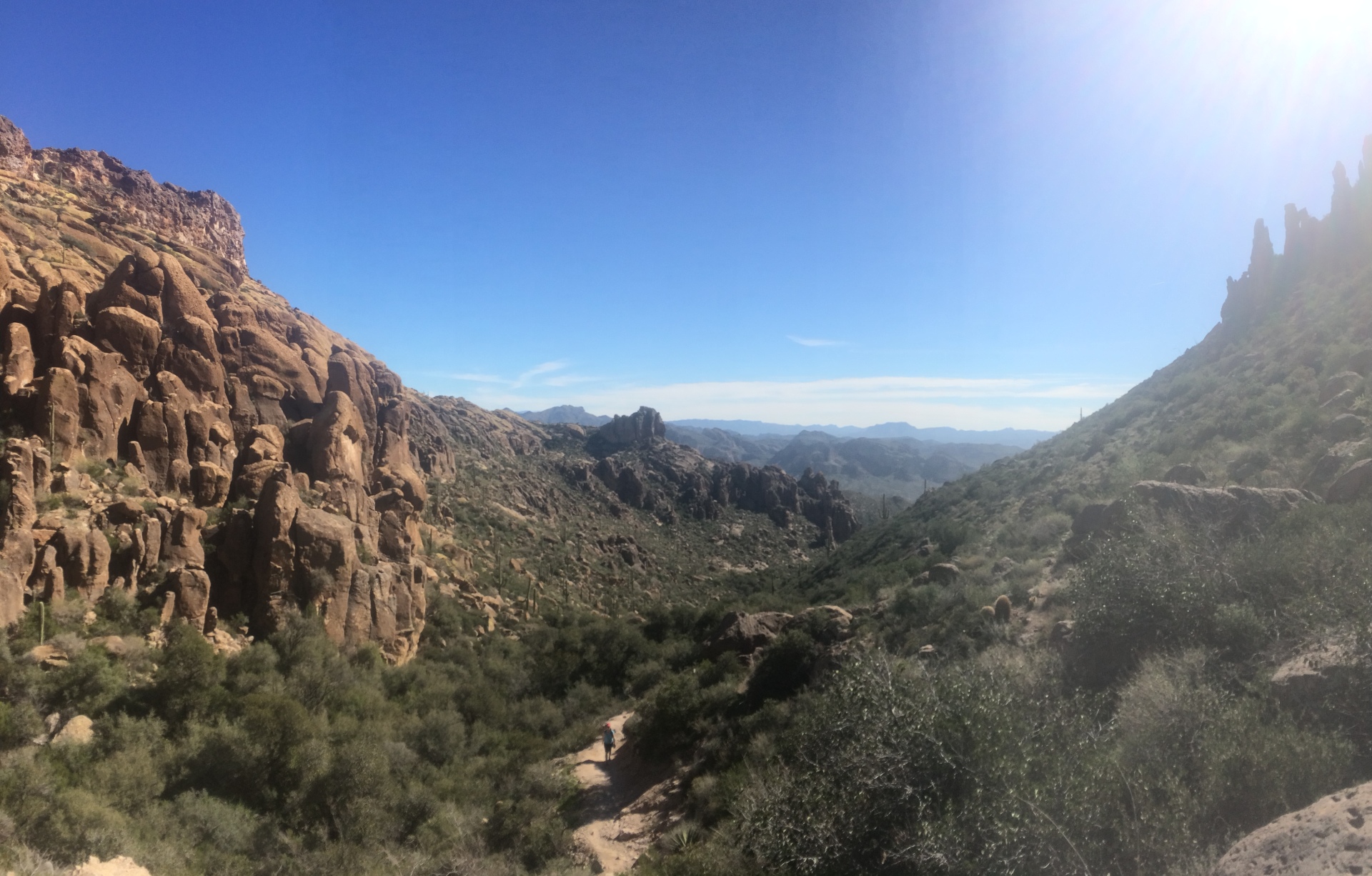 History of the Superstition Mountains

Situated northeast of present-day Phoenix, the Superstition Mountains have long offered respite, shelter, and resources to those looking.  Long before the herds of European settlers headed west, many of them streaming into southwest’s boomtowns of lore such as Tombstone, Bisbee, Jerome, and Goldfield, the Hohokam and Salado Puebloans inhabited the area 10,000 to 12,000 years ago, farming, trading, hunting, and building the water canals that laid the framework for 20th century Phoenicians. 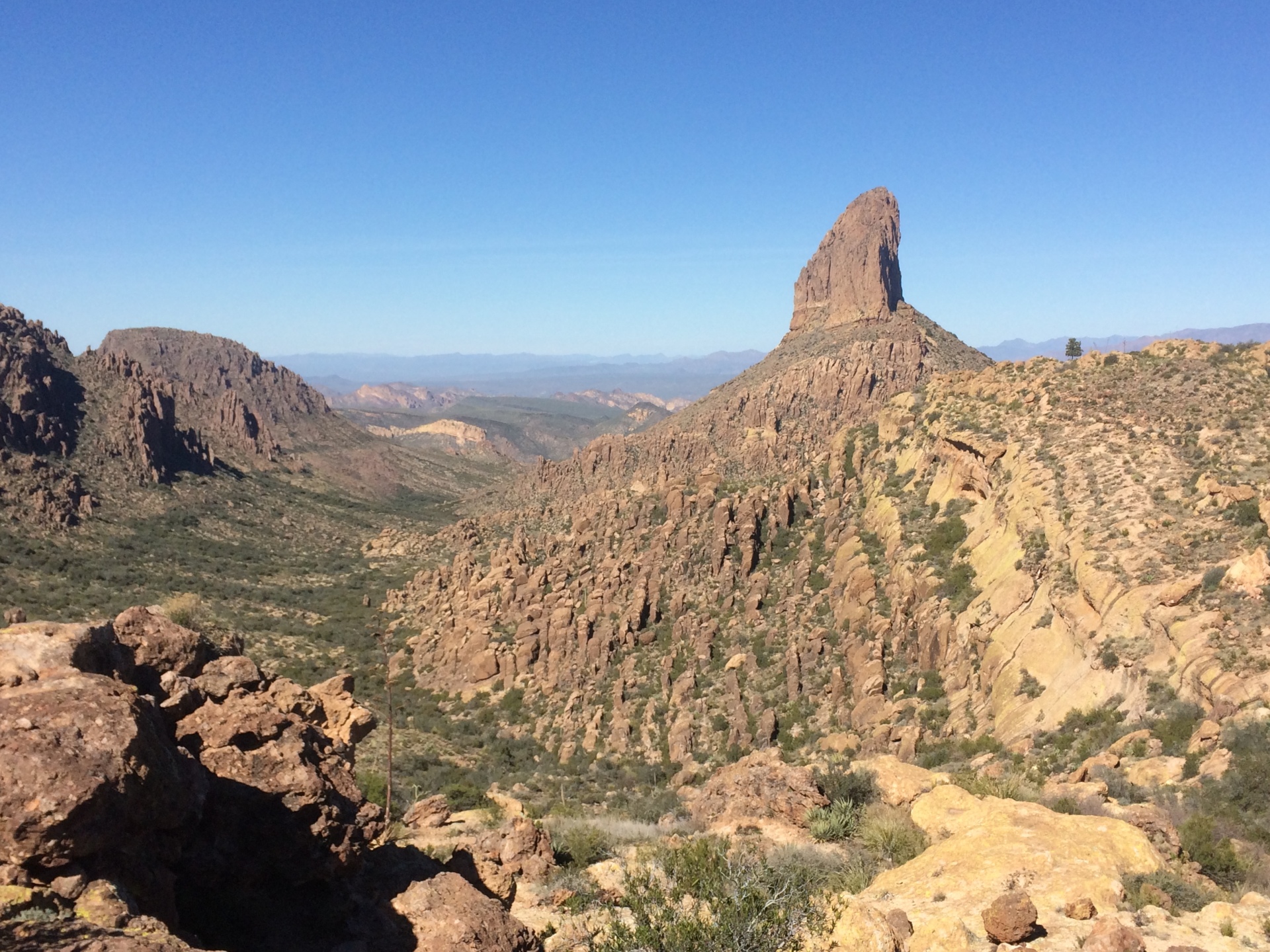 After their as-of-yet unexplained migration or disappearance from the region, the Sonoran Desert saw many generations of explorers, prospectors, and Native American tribes pass through.  The Spanish, led by Marcos de Niza, passed through here in search of riches and the promised-land in the early late 16th and 17th centuries.

Their descendants in the newly independent Mexico roamed the land thereafter, trading and prospering with the newly-founded United States of America in the late 1700’s when Arizona was officially part of Mexico.

Settlers of the Superstition Mountains

After the Mexican-American War and the Gadsden Purchase of 1848, Arizona became part of the United States, and along with it the beautiful Superstition Mountains.  The Superstitions, however, remained fiercely-guarded Apache Territory until Geronimo’s surrender in 1886, though some rugged individuals did make this area their home. 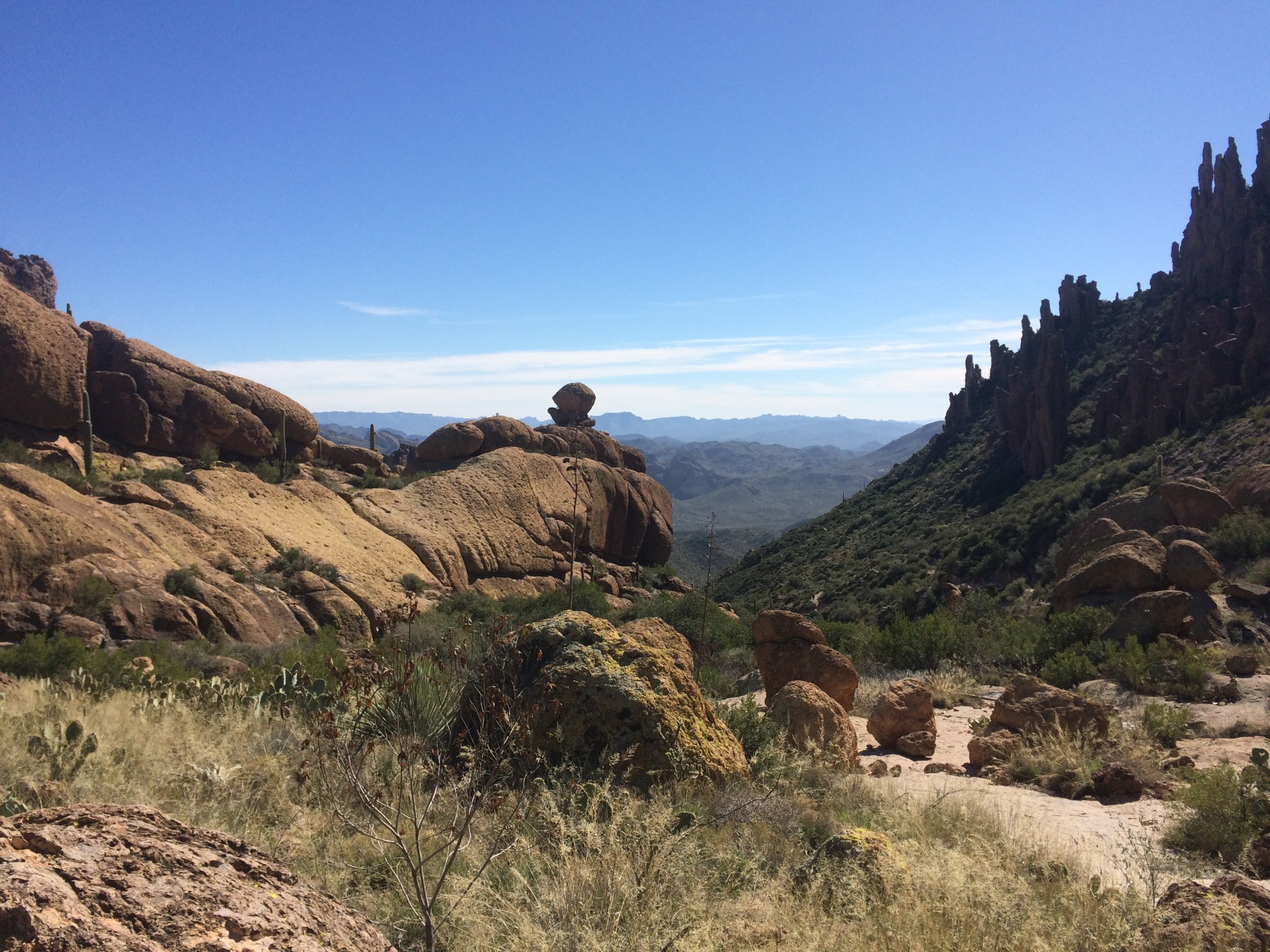 Among these rugged individuals was a man named Jakob Waltz, a German immigrant who had prospected all over the west including California and several areas of Arizona such as Prescott, where he was documented in various census reports.

He claimed a homestead north of the Salt River in 1868, and according to folks in the area, prospected almost daily in the area until the great Phoenix flood of 1891 drove him from his land.  He died that same year in the home of a close friend, to whom he is said to have divulged the location of a gold mine, the likes of which nobody had ever seen.

The location, given in riddle-like clues, has attracted treasure-hunters and dreamers for over a century now, and the legend of the Lost Dutchman Gold Mine is as popular a story as it has ever been among those who love this wonderful area.

How did the Superstition Mountains form?

Geologically-speaking, the Superstition Mountains are evidence of a monstrous volcanic explosion that took place roughly 30 million years ago.  What we (geologists) typically find in this area are welded tuffs (compacted volcanic ash).

The tuff found in the Superstitions  indicates a gas content that could only occur in the most violent of eruptions, and the level of welding in the tuff backs this up with the temperatures that would have to be necessary to create this kind of rock.

Long story short, the eruption that created this fantastically scenic landscape is, in geologic terms, not a place where one would typically expect a gold mine of any kind to be present, much less one that produces the kind of ore that Mr. Waltz purported to have stashed here. 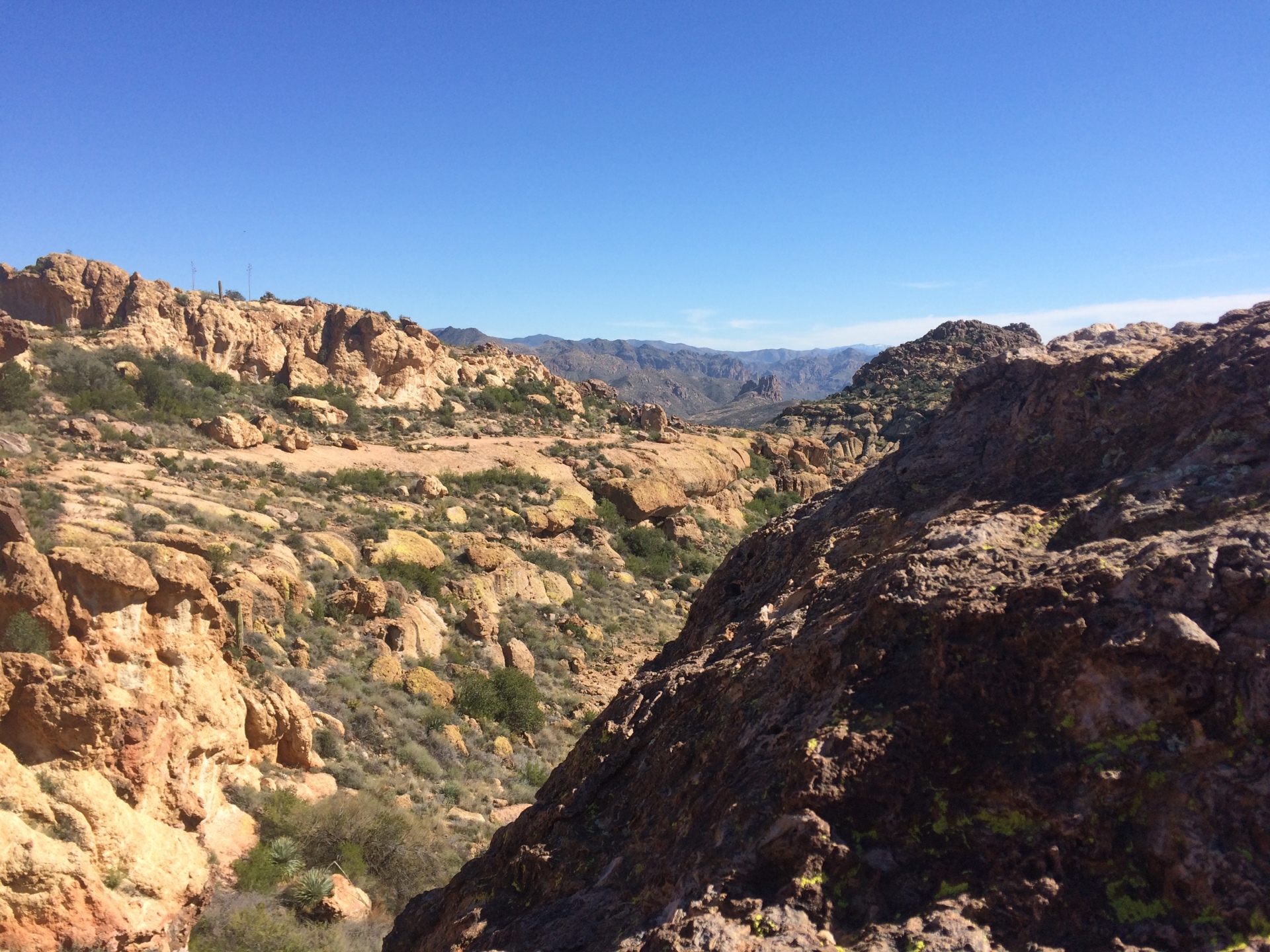 New studies indicate that an intrusive batholith may underlie the Superstitions, and intrusions are where gold, silver, copper, and other valuable ores are typically located, as they are formed in the hydrothermal activity that is prevalent in these intrusions (magma cooling underground close to the surface, i.e. granite).

So, it may be possible that Mr. Waltz’s bonanza is the product of this intrusion, and therefore deep underground that ban be accessed only by cave or canyon.  This location is belied by some of the cryptic clues he gave to his friend on his deathbed, so the legend may yet be true.

Indeed, the resurrected ghost town of Goldfield just 20 miles to the west of the Superstition Mountains known the west over for its high-grade gold ore, was a place where gold was discovered, mined, and profited from.  Goldfield is geologic proof that gold does, in fact, exist in the general area even though the play petered out quite quickly. 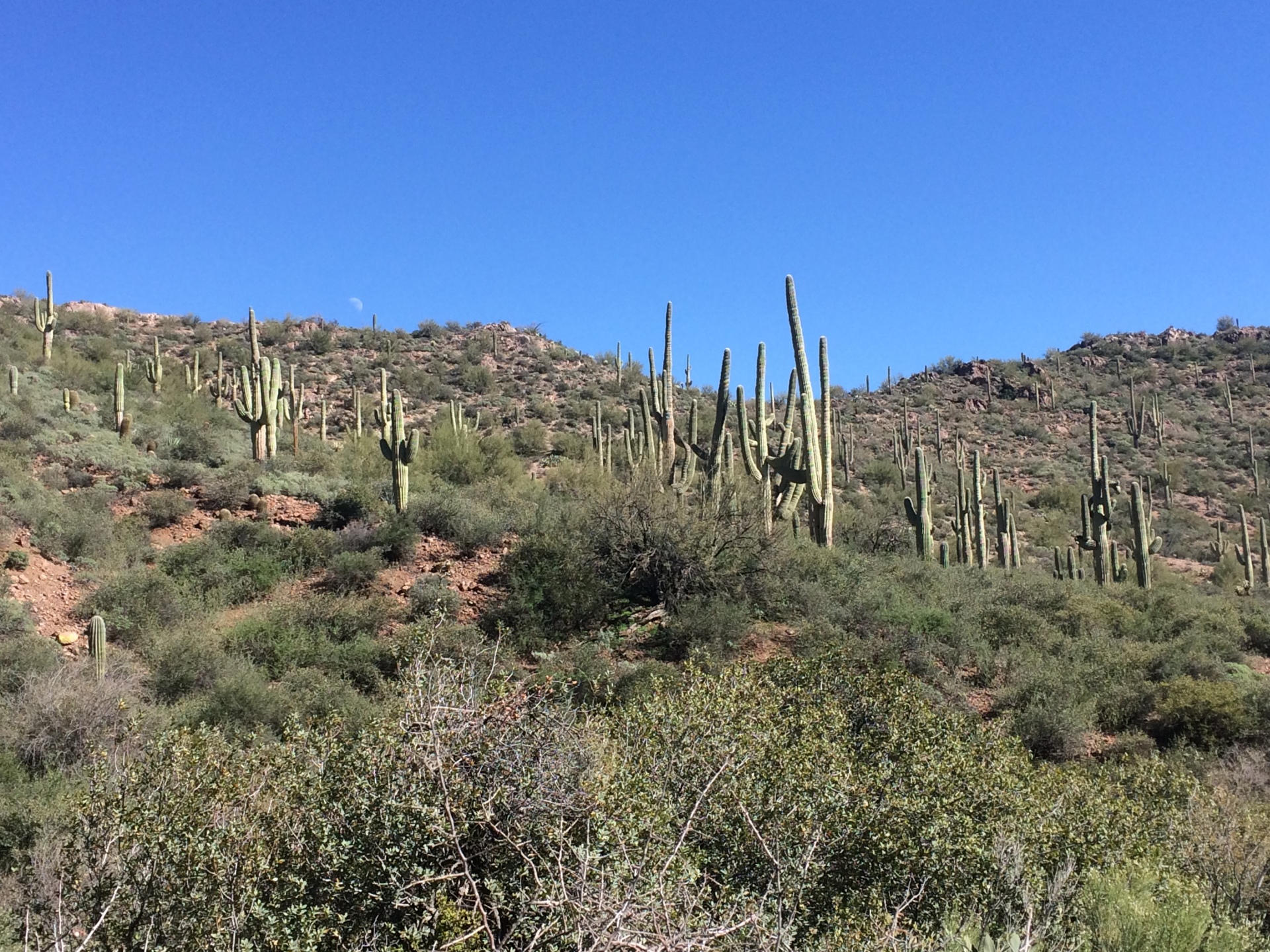 The Lost Dutchman’s Gold Mine

There are many questions that still exist as to the Lost Dutchman’s Gold Mine: namely, where is it?  Did it really exist?  Was it simply a story to promote tourism in the area, of which Mr. Waltz’s friends certainly profited by?  If Jakob Waltz’s gold was real, and some have testified that it certainly is, was it mined?

Evidence may suggest that either the Peraltas, a Mexican family for which a trail in the Superstition Wilderness is named, or the Apaches had struck bonanza gold just four miles from present-day Apache Junction, then hid it deep in the Superstition Mountains before they met an untimely end. 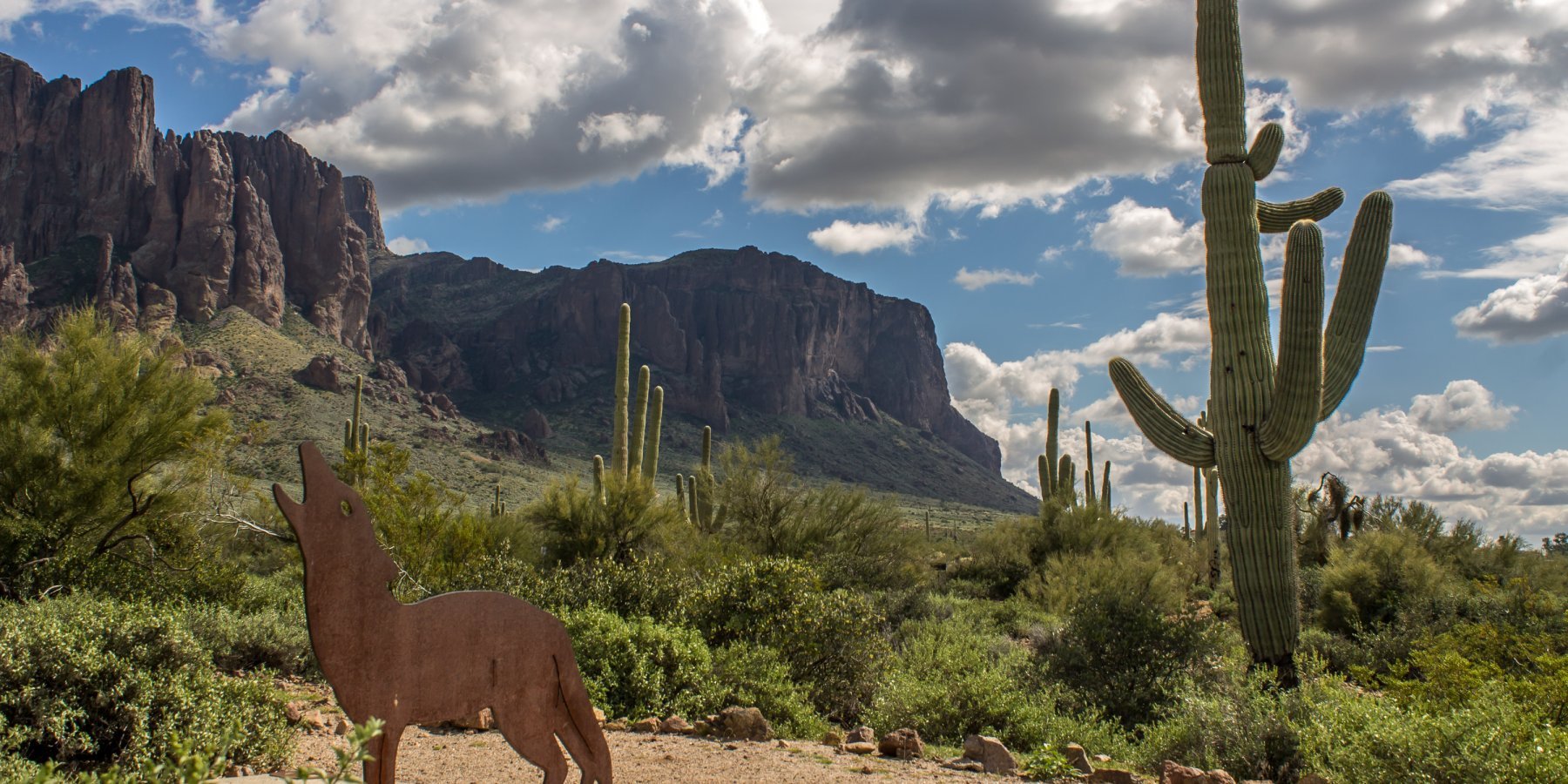 Whatever the real story, the legend of The Lost Dutchman Gold Mine and the Superstition Mountains attract thousands of curious visitors, avid hikers, and metaphorical treasure hunters year after year.  Just to be in this outstanding wilderness area is to be surrounded by beauty, mystery, history, and the geology that is the foundation for it all.