How was the Grand Staircase Formed? How was the Grand Staircase formed?

Why is the Grand Staircase called the Grand Staircase?  Because it sounds cool?  Well, of course because it sounds cool, but the name actually represents a very unique and important geological phenomenon that has been built over hundreds of millions of years.  Starting from the North Rim of the Grand Canyon to the hoodoo wonderland that is Bryce Canyon National Park, the Grand Staircase represents progressively younger and higher cliffs that quite literally form a staircase, as though a giant was looking for an easy way to step up to the Sierra Nevada Mountains.  There are five stairs in this grandest of staircases, each a different color, a different piece of rock, and a different age from Permian to Cretaceous, a span of over 200 million years. 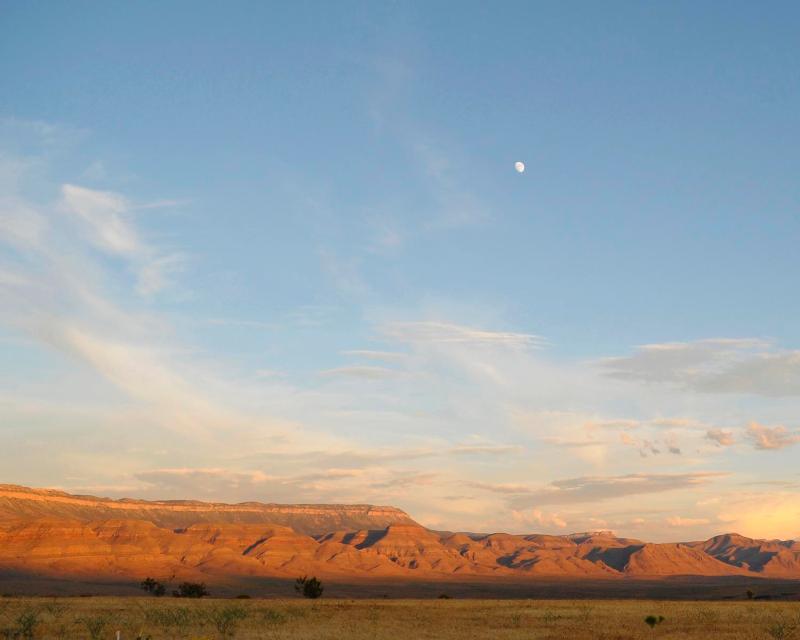 Before you being to climb any staircase, you must first stand below it and contemplate your climb.  This is step zero.  The best part about this step is that there it also serves as a foyer, with stairs above and below.  The stairs below?  2 billion years of Earth’s history and 5000 vertical feet down to the Colorado River and its Grand Canyon.  The top step of this staircase is the North Rim of the Grand Canyon and the Kaibab Limestone, a Permian formation packed with marine fossils that serves as the hard, protective layer of the Kaibab Plateau and the soft sandstones and shales that make up the red and orange walls you will see when hiking in Grand Canyon

Step One:  The Chocolate Cliffs:  Moenave and Chinle Formations 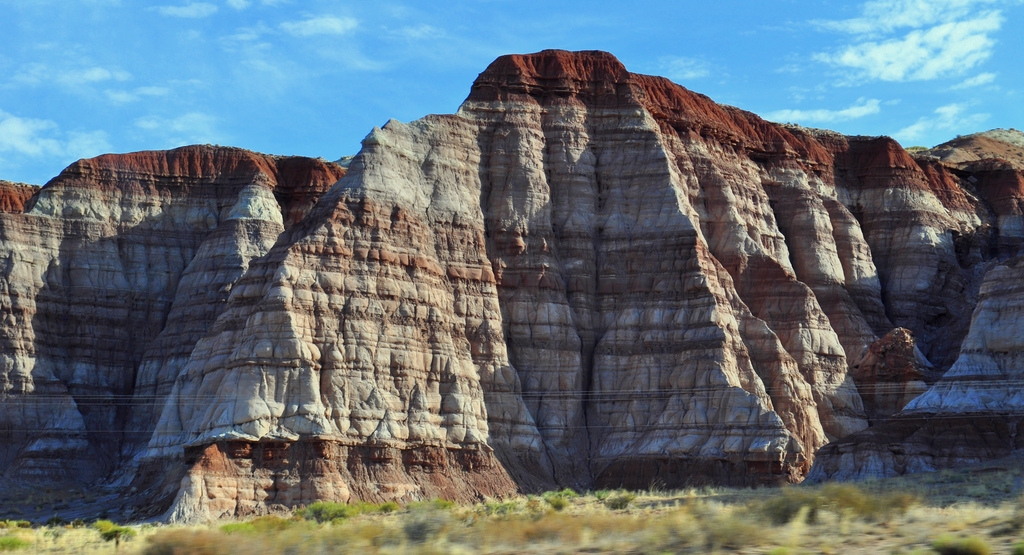 The first official step in the Grand Staircase is the Chocolate Cliffs, located near the town of Fredonia, AZ and seen prominently on US hwy 89 near the Arizona/Utah Border.  The Chocolate Cliffs can also be seen below Glen Canyon Dam.  Aptly named, these velvet brown cliffs of the Moenave Formation, a variably sandy and silty sandstone/shale that represents a proximal marine fluvial (river) system of early Jurassic age, are part of the greater Glen Canyon Group that includes all the Jurassic-aged units of the Grand Staircase (Wingate, Moenave, Kayenta, Navajo).  The Chocolate Cliffs are home to thousands of dinosaur fossil fragments, though no full specimens have been recovered. 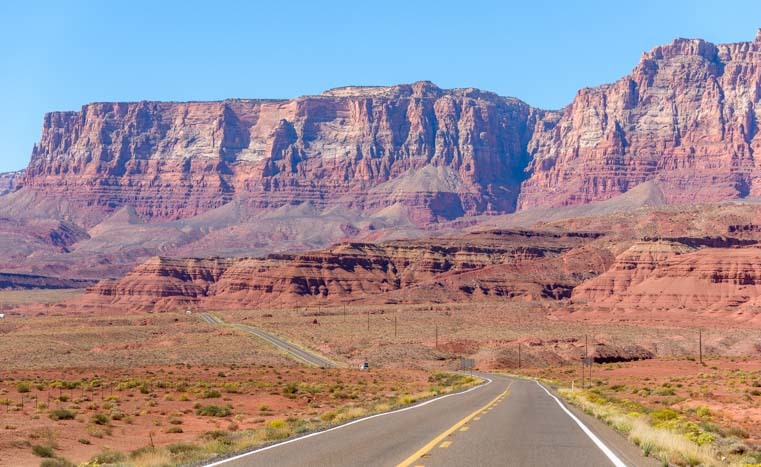 The Vermillion Cliffs, perhaps more famous geologically for their National Monument that contains such features as “The Wave“, White Pocket, and Buckskin Gulch, are the second step in the layercake of geologic time that forms the Grand Staircase.  Laid down during the mid Jurassic, Vermillion is composed of two distinct rock units that are married to one another across the Colorado Plateau.  The Kayenta Formation, which is sandwiched between the older Wingate and younger Navajo Sandstones, is a terrifically diverse and interesting unit that represents a wetter transition period with a howling and vast desert on each chronological side.

A veritable melange of lithology, Kayenta has just about everything from thin lenses of limestone and muddy shales to cross-bedded sandstones similar to its stratigraphic neighbors.  It records almost seasonal changes with its mud cracks, as well as large scale climatic changes indicated by sand dunes, river beds, and even the occasional shallow lake bed.  Kayenta and Navajo are almost always found together, and oftentimes form dramatic cliffs and canyons together as seen in the Vermillion Cliffs and Zion National Park. 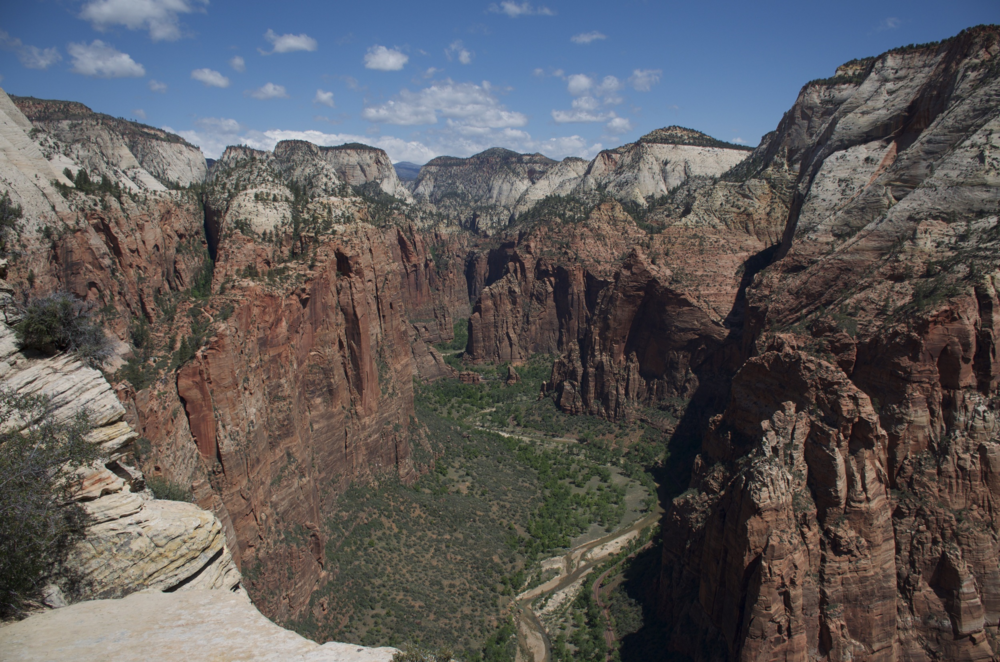 The third step in the Grand Staircase are perhaps some of the most most famous and photographed cliffs in the world, creating Zion National Park in southwest Utah.  Soaring red and white Navajo Sandstone, formed by a massive windblown desert in the middle Jurassic, have made Zion National Park one of the most sought-after destinations in the Utah, the American Southwest, and even the world as people travel from thousands of miles and from every corner of the globe to behold the epic grandeur showcased by these rocks. 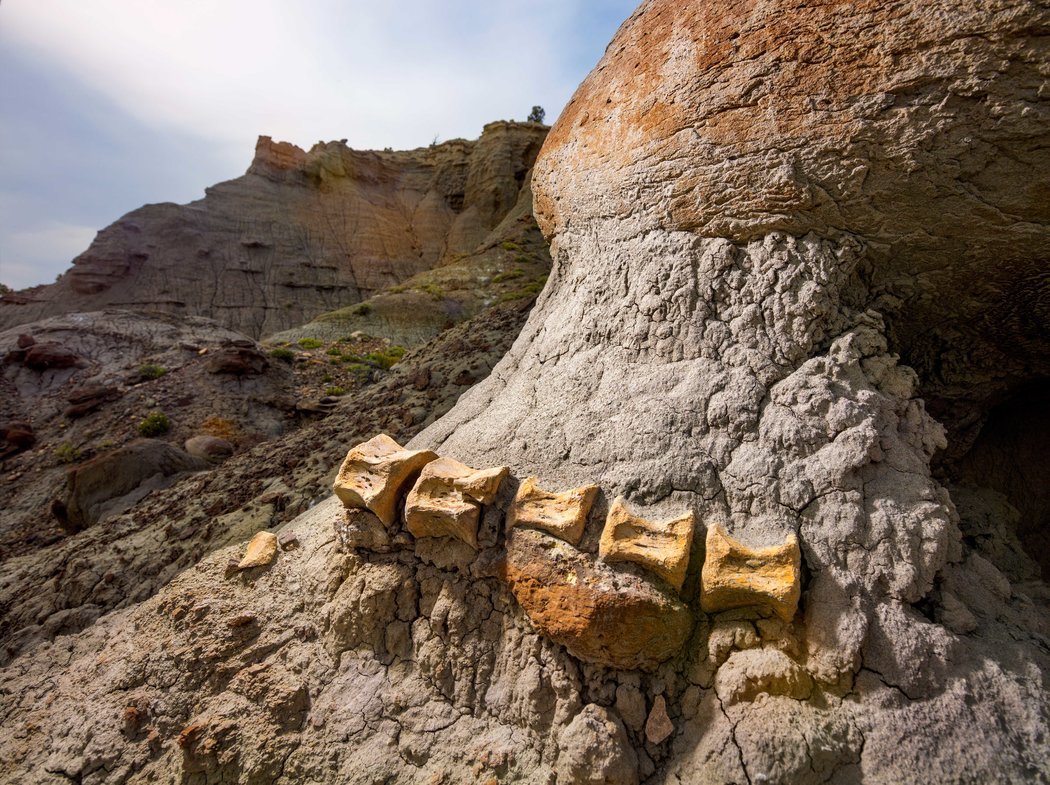 Though often overlooked for its wildly famous famous neighbors, the fourth step Gray Cliffs are nothing if not spectacular.  Though not as celebrated as the White and Pink Cliffs contained within the boundaries of Bryce and Zion Canyons and their National Parks, the Gray Cliffs contains some of the most wild, scenic, unspoiled, and lightly explored wilderness in North America.  Think that sounds ridiculous?  Consider this: the Kaiparowits Plateau, wherein the Gray Cliffs are most prominent, receives less visitors in one year than Zion does in one day, and that’s just the beginning.  The Gray Cliffs and the canyons below them contain some of the most complete and celebrated archaeological finds in the United States.  Want to see a T-Rex?  Want to walk in Apatosuar footprints?  The Gray Cliffs house all these wonders and more in their Cretaceous-era shales. 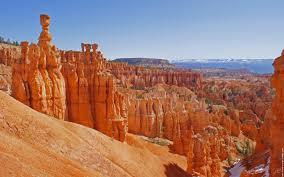 Our climb ends in some of the most famous scenery in the entire world, the pink and orange hoodoos of the Claron Formation and Bryce Canyon National Park.  Remnants of shallow, salty inland lakes of the late Cretaceous, the Pink Cliffs have eroded into outrageously spectacular natural amphitheaters, mesas, and wild canyons.  Cedar Breaks National Monument also displays the Pinks and receives far fewer visitors.

Visitors to the entire Grand Staircase area, from its namesake National Monument to the soaring cliffs of its three National Parks, will be treated to some of the most special, most spectacular, and most geologically important scenery in the entire world.  There is no better way to explore the Kaiparowits Plateau, The Grand Canyon, or the rest of the Grand Staircase than with our geologist/guides, who will take care of your every need while giving you an in-depth glimpse into the geologic secrets hidden in this outstanding place.

Hiking and exploring Grand Staircase-Escalante, or any of the National Parks, is a special experience.  Although it is possible to see these places yourself, hiring a guide is a great idea.  For instance, guiding services provide logistical support, and plan everything for your best possible trip.  They provide a great safety net on the trail, and are trained in backcountry medicine. Above all, they provide a depth of knowledge of the region that turns a walk into a true adventure.